I rate beer on Beer Advocate under the name Naugros

CANDY BEER, THE NEXT BIG THING?

A Chat With Ty Armstrong, Founder of TNA Candy Beer

Although the Beer Samurai blog chronicles the travels, traditions and travails of my group of kohai and me, most of my internet interaction with the beer-loving public occurs on Facebook. Through the years I have built a base of acquaintances from all over the world, encompassing 43 nations and 45 states. I have been amazed at how the craft beer movement is spreading and thriving in all hemispheres.

As you explore the world of beer, you will see many of the same styles replicated from one corner of the globe to other. Let's face it, stouts and IPAs are currently the most popular styles and almost every brewery attempts to brew the next, best version, regardless of the country. The various flavor profiles for these beers is vast and will even border on the strange from time to time. I've seen stouts with fruit, smoke, whiskey, peanut butter, chocolate, oysters, vanilla and coffee introduced to the brewing process. IPAs vary mostly by the hops profile, but I've also seen fruits, whiskey and flower buds used to add a layered flavor profile.

But you also see attempts at truly unique brews. For instance, I've even seen a beer brewed with guarana and tagged as an "Energy Beer". Everyone seems to be looking for the next big thing that will blow everyone's socks off. During a recent expansion of the Facebook friend list I came across TNA Candy Beer and the founder/owner/ brewmaster quickly engaged me in a chat session. Ty Armstrong is one of those brewers who has attempted to go beyond the typical range for a beer style and claims to have discovered "the next big thing" by fusing beer with candy. Of course, I was intrigued, so I had a few questions for him...well, a lot actually, but this is a blog, not a magazine article, so I tried to keep it brief.

Here's a sampling of what we discussed:

BEER SAMURAI (BS): First, let's discuss the name of your company. What does the  TNA stand for?
TY ARMSTRONG (TA):  Actually it's my full name: Tyrone Neal Armstrong. A lot of people think the opposite (Tits 'N' Ass) LOL, just kinda fell in place.

BS:  The innuendo certainly makes people wonder and can draw interest. So it's a happy coincidence from a marketing perspective. But how about the second half of the name: Candy Beer. What exactly is a "candy beer"?
TA: CandyBeers are beers infused with our "in-house" homemade candy recipes tailored to every beer we make.

BS: I know you won't share your brewing methods, and I wouldn't ask that here since this isn't a brewing blog, but I want to understand a little more about the end product. Do you base your recipes off of certain styles? What flavorings are added and do they pair better with one style over another?
TA: Well, all of our beers are from beer recipes that I have developed myself over the last 4 1/2 years, brewed with the basic four ingredients (water, specialty malts, hops and yeast). We don't duplicate anyone. All of our beers are brewed with fresh exotic fruits, teas & our homemade candy recipes.

BS: You're in California, the state that boasts the most breweries in the United States. There aren't that many in the San Luis Obispo area, with the only one that my readers might know being Firestone-Walker. Do you feel your geographic location gives you a leg up? Are you planning on collaborating with any of the local microbrews?
TA: We love the area, and hope to be the first beer of its kind out of San Luis Obispo, CA. We have reached out to local breweries for collaboration brewing, but no one really can grasp the idea here. In my honest opinion, beer brewing is more traditional here, not "out the box" extreme such as what I do.

BS: You've been at this for over ten years and you say you now have 165 different recipes. What was your first and what was the inspiration to even start brewing in the first place?
TA: Well, I love beer, always have, and really didn't know you could brew beer legally in Cali till a friend of mine who was a homebrewer himself told me it is legal to brew with a 100 gallon a year limit. So I started brewing the basics (Summer Ales, IPA's, Stouts, Porters) and became very good at it, according to family & friends. My first beer was a "Dark Jamaican" CandyAle, and when I tasted it, I knew I had something special. 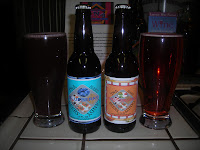 BS: Tell us a little about yourself. With your ability to successfully fuse the flavors you do, do you have a culinary background?
TA: Nope I don't, not at all. My mother was a good cook, and my grandmother was a great cook, so it's must be the "DNA"...LOL...! I can just envision and see the color, and actually taste the ingredients in every beer I brew.

BS: Currently you don't have a license to distribute and are in the process of raising funds to purchase the brewery equipment, find a place to set up that equipment and then market your product. On your website you list a business plan to help attract investors. Once up and running, what is your distribution strategy? Since the majority of my readers are in New Jersey I have to ask if you plan to go national and is the Garden State in those plans? How long should we expect to wait to be able to sample your creations?
TA: This has been a hard uphill battle for myself and my partner (Judy Shapazian)...frustration, ups & downs. We hope that there is someone or somebody that can see the long-range vision of this type of beverage, and be willing to invest in the next potential "Big Thing". This is for you. We plan to not just go national, we plan to go global, we have more international fans on Facebook than the U.S., so we know when the products hits the shelves it's going to literally "explode". We will start small and local, and gradually expand our market as popularity and sales increase. Hopefully we will have something out "God Willing" in a year or so.

BS: You've been gaining exposure through social media, beer and wine expos, and charity events. In fact, on the TNA Candy Beer website, you mention the founding of a homeless teen shelter, linking it to your fundraising activities. Tell me why you find this cause so important?
TA: Well we have been on Facebook about two years and it has been a great vehicle for us, as well as Twitter. We have participated in various charity fundraisers in the past two years. I have been working with "At - Risk" Teens in the local area for 30 + years. Mostly non-profit organizations, and it's always been close to my heart to help others in need, so my way of giving back would be to open a non-profit homeless Teen Shelter in my area. I have seen a need for this for years in my field of Teen Human Services, which I feel doesn't really get talked about enough in our society today. We are seeking serious investors & we have a page set-up on our website with our vision, biz plan, etc @ http://www.tnacandybeer.com/3.html

BS: I've always found that an amazing aspect of the brewing community; every brewery that I know works closely in their community with local charities. It's good to see you've already identified where your efforts will be spent. What is your Twitter tag, so people can follow your progress?
TA: http://twitter.com/tnacandybeers and Facebook as well, http://www.facebook.com/tna.candybeers 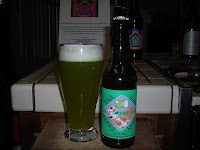 BS: Although brewing beer is a labor of love, you can't be working all the time. When Ty Armstrong isn't creating new recipes or bringing them to life, what is he doing? What are some of your other passions?
TA: Working with people, whether it be "Disabled Adults, At-Risk Teens," or watching sports. Yes, I am a sports nut...it relaxes me. And spending time with my girlfriend "Judy", who is my true inspiration.

BS: Being about halfway between LA and the Bay Area, where do your team loyalties lie?
TA: Both, I'm originally from L.A. but I love the Bay Area as well. That's why we are called "The Central Coast". LOL

BS: Very politic of you. LOL Thanks for your time and your candor. Hopefully we've inspired some of my readers to help out with your cause or, at the very least, follow your progress and see if candy beers are truly the next big thing.
TA: We feel it is, no one has "ever" tasted anything like this beer. It's been proven "time after time" again at all of the Beer Shows we have attended in the last two years, we know we have something very very "special" here.."It's Just A Matter Of Time"..!

If you'd like to see their investor business plan go to: http://www.tnacandybeer.com/3.html
Posted by The Beer Samurai at 10:25 AM

0-1
Not worth the gasoline to make the trip

2.01 - 3
Worth the trip for one reason or another, but don't kill yourself getting there

Greater than 4
What the hell are you waiting for?! 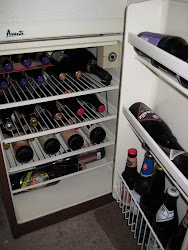